Our core company members make it all happen! In December 2015, Eileen Fisher and Tina Taylor started meeting over cups of tea to discuss how to grow Theatre Lunatico as a company. Since then a small, dedicated group of actors have come together to put our hearts, minds, sweat and tears into realizing our artistic dreams.  We meet regularly to plan, orchestrate, and imagine. Backed up by our fantastic and growing pool of Associate Artists, we are striving to further the artistic and social mission of Theatre Lunatico. 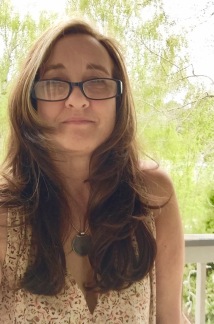 Tina is an English theatre artist who has been acting, directing, and teaching theatre both in the UK and California for over thirty years. She has worked with many bay area theatre companies, including Cal Shakes, Marin Theatre Company, EchoTheatreSuitcase, Intersection for the Arts, and Ross Valley Players.  She has a BA (Hons) in Theatre and Dance from Leeds University, and toured as an actor throughout the UK. She started dancing at the age of 7, and went on to train primarily in ensemble physical theatre, working with many internationally recognized performance artists. In addition to touring as an actor on the English fringe theatre circuit, Tina has performed, directed, and taught theatre in prisons, youth custody centers, and with community service organizations using theater as a means of conflict resolution. She is trained in domestic violence crisis counseling. Tina has also been teaching Shakespearean acting for many years, and uses her physical theatre training as a gateway to understanding text. Tina has a deeply intuitive understanding of the craft of acting, and utilizes her diverse performance background to create spontaneous and collaborative work environments. Tina also writes and teaches poetry.

Eileen brings to Theatre Lunatico her financial expertise from being the Chief Financial Officer for her family’s modern furniture stores with locations in San Francisco and Michigan. Eileen also serves as treasurer on the board of San Francisco’s Z Space. Eileen has been a core member of Theatre Lunatico since Fall of 2015 playing Hippolyta in A Midsummer Night’s Dream, as well as a multitude of other Theatre Lunatico productions both in Marin and at La Val’s Subterranean Theater. Most recently, she brought her exactitude and fiery spirit to her portrayal as vampire hunter, Van Helsing, in Steven Dietz’s Dracula, where Tina Taylor gender-swapped the role and made Van Helsing a woman for Theatre Lunatico’s interpretation. Eileen began her acting career over 20 years ago and has played in theaters all over the Bay Area.

Michael Barr is a core company member of Theatre Lunatico, where he has performed in A Midsummer Night’s Dream, Macbeth, The School for Scandal, Dracula, Titus Andronicus, and Convoy 31000. In addition, he has directed Lunatico productions of Measure for Measure, and staged readings of A Fine Day to Hang Oneself and Tis Pity She’s a Whore.  Michael has worked as a performer throughout the Bay Area with AmiosWest, TheatreFIRST, Crowded Fire, San Francisco Shakespeare Festival, Livermore Shakespeare Festival, and PASCo, among others.  He has also directed for Breach Once More (Rabbit Hole), AmiosWest (Shotz! and Longshotz!), Ross Valley Players (The Tin Woman) and Novato Theater Company (Our Town, A Streetcar Named Desire, ).  Michael holds an MFA from the Shakespeare Theatre Company / George Washington University, and a BFA from College of Santa Fe / Greer Garson Theater Center. 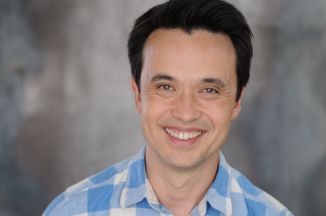 After two years as a Core Member of Theatre Lunatico, Leon joined the Board of Directors. He brings his enthusiasm and expertise to the Board to assist with fundraising as a spokesperson for the company, and assists with casting and house managing. Leon is a member of Actors Equity Association and SAG/AFTRA and has worked at theatres in the SF Bay Area and Los Angeles including Ferocious Lotus, East West Players, Berkeley Rep, Will and Company, Asian American Theater Company, Magic Theatre, San Francisco Mime Troupe, Road Theatre Company, Cutting Ball, Aurora Theatre, ReACT Theatre Company, Bay Area Playwrights’ Festival, PlayGround, Vallejo Shakespeare,  Calaveras Rep, and New Conservatory Theatre. Leon is a graduate of the School of Drama, University of North Carolina School of the Arts, and is also a member of Ferocious Lotus Theatre Company. 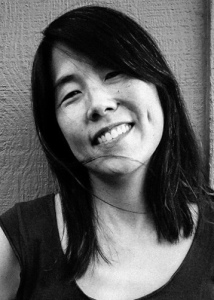 Shawn has been a Core Member of Theatre Lunatico since 2015. As Managing Director, she utilizes her organizational, writing, and marketing skills from her day job at a Berkeley adventure travel company, to facilitate the artistic expression of her fellow Core members, and the multitude of Artistic Associates that make up Theatre Lunatico. Shawn has performed in the last nine Lunatico productions and loves being a part of an ensemble that delves deeply into text and physical expression to tell human stories, all while building meaningful relationships in rehearsal, performance and ultimately with the audience. Shawn holds a BA in Dance & Choreography from U.C.L.A and was a company member with Fellow Travelers Performance Group in San Francisco for many years.

Gideon began his association with Theatre Lunatico as Stage Manager for their 2015 production of A Midsummer Night’s Dream. For the past 21 years Gideon has worked building scientific apparatus at a local research lab, where he has developed a creative problem solving skill that’s right at home with Theatre Lunatico’s bare bones but evocative style. Gideon also manages La Val’s Subterranean Theater as a rental space, fielding inquiries, generating contracts, and facilitating the use of the space to offer a rewarding artistic experience for our renters. Additionally, before a career-ending injury, Gideon performed professionally with Alonzo King’s LINES Ballet, San Francisco Opera Ballet, as well as in Europe and Israel.

Deborah is a new core company member. She was born in Argentina but spent most of her youth in Peru. Deborah relocated to the United States of America in late 1998. Her theatre work and experience goes back to 1996. She made her debut on the Stage at the tender age of 17. Her first role was created for her in Peter Pan, she played Captain Hook’s ship keeper. Deborah is a Bay Area Actress and Producer. She’s worked in many plays as well as film and commercials. Some of her recent work are: Josefa (Convoy 31000), Lucy (Strange Ladies), Theseus (A Midsummer Night’s Dream), Olivia (Twelfth Night), Jean (Dead Man Cell Phone) and many more. Film credits include: No Quiero Verte, One Long Day, Drops of Sunshine, Drunk Theatre and many more. Deborah’s Producing credits are: Drunk Theatre (Bread and Butter) short film and Titus Andronicus with Theatre Lunatico. To learn more about her please visit https://www.deborahcortez.com/

Lauri Smith is a core company member of Theatre Lunatico, where she has performed in Convoy 31000, Measure for Measure, and Kursk. An accomplished, award-winning actor, playwright, director and educator, Lauri has performed at many theaters across the country, from Berkeley Rep to the Williamstown Theatre Festival. Her favorite roles include Gwen in Rapture, Blister, Burn, Wanda in The Waiting Room, Lois in Wonder of the World, and Julian in Glory Glory. Her solo work, Gasping for BreaDth, won the 2007 Ellen Hansen Memorial prize for demonstrating the bravery and independence of women. Lauri is the CEO of her own business – Voice Matters. There she provides coaching to help change-makers stand in their power and speak their truth – from the bedroom to the boardroom to the stage. In 2015, she published her first book, Your Voice Matters: A Guide to Speaking Soulfully When it Counts.

Omar Osoria-Peña is a core company member of Theatre Lunatico, where he has performed in Titus Andronicus and Singing in the Dark Times. Omar graduated from San Francisco State with a Bachelor of Arts in Theatre Arts. While making worthwhile friendships there he worked on shows such as A Midsummer Night’s Dream and The Laramie Project:Ten Years Later. Omar has appeared around the Bay Area in Othello with Inferno Theatre and Farenheit 451 with Quantum Dragon Theatre.

Theatre Lunatico has had the pleasure of working with a growing number of actors, directors, playwrights, creative designers, producers, choreographers, and stage managers. We extend a huge thank you to all the dedicated and talented actors we have worked with: