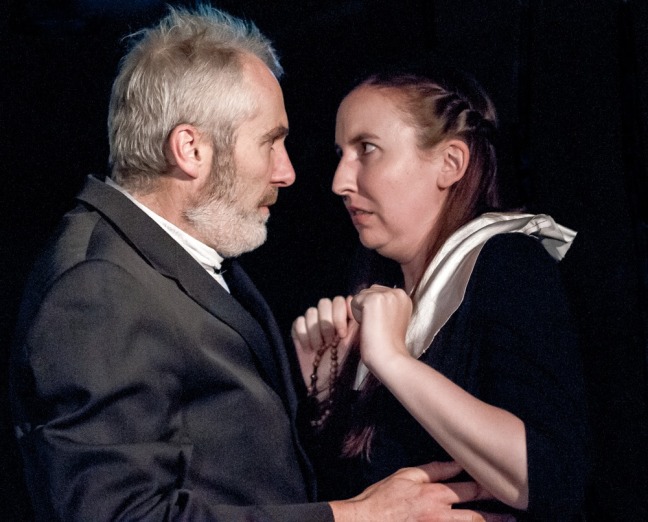 Shakespeare Says, “Get Over Sex Obsession!”

Think a fusion of Mad Max, The Purge, and The White House all in one. Theatre Lunatico uses Shakespeare’s “Measure for Measure” to create a surreal post-apocalyptic world. In this world,sex surrounds the citizens but is against the law (unless you’re married).  Scraps and trash hang on the walls along with sharp weapons, the world looks like a violent wasteland. Angelo—he’s no angel– worries about who is having sex, when his world needs a literal environmental clean up job.

Women in supporting roles are the highlights the show. Lucio, a  devious jokester, (boisterous Shawn Oda), frolics and taunts the authorities. It’s refreshing to see a woman  playing such an energetic and sexually charged role as she hits on men and women, alike, energetically.

“Women in supporting roles are the highlights the show”.

Costume designer, Cierra White gives the trickster baggy cargo jeans adorned with pins a mesh top with deathly skull heads. As Lucio, Oda uses Shakespeare’s innuendos to grab her crotch, repeatedly. Having a blast, she thoroughly entertains with his/her over the top physicality.

Jean Cary plays a over-zealous Constable Elbow, a ditsy cop on the prowl for sex criminals. She sports a southern red-neck accent and an American Flag handkerchief. Cary delivers her comic lines so naturally, they sound fresh and news.  Even when she is not talking I can’t help but watch her eyes as she takes in Lucio’s antics. Elbow twitches or bangs her night-stick against the wall in rebellion or agreement. Her comedic timing and heartfelt dialogue light up the stage.

“Cary delivers her comic lines so naturally, they sound fresh and new.” 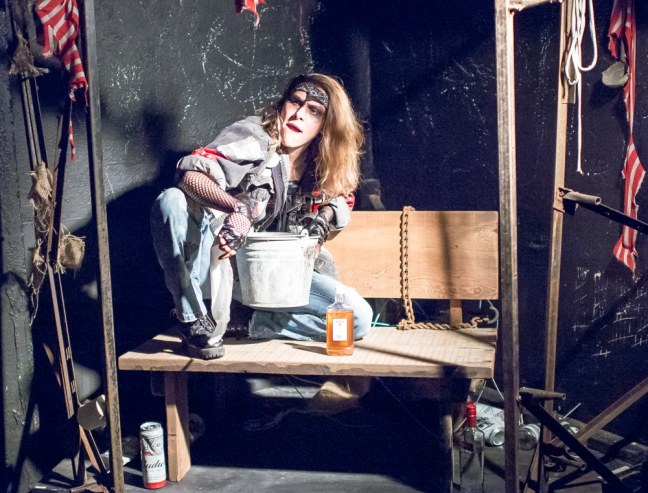 The British nuclear submarine silently shadowed the Russian sub Kursk, on 12 August 2000. In fact, there were three subs circling each other, British, Russian, and U.S., each pretending they are not there. The UK and US ships could have helped save 118 men, but they maintained their silence.

If you want to dive below, under the Arctic Ocean, over by Russia in the Barents Sea, then hustle over to La Val’s Subterranean Theater, for a plunge into these icy, enlightening waters. 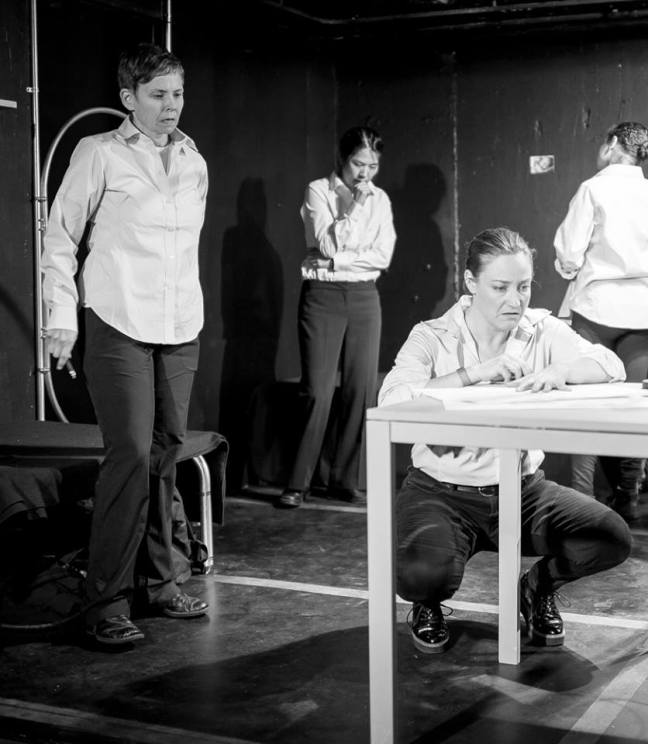 “As they slip and slide through the narrow hatches, circling round ducts and pipes, they evoke the terror of the freezing waters.”

Buy Tickets
On a covert mission to the Barents Sea, a British submarine crew witness the sinking of the Kursk. As the crew grapple with how to respond, we become immersed in a poignantly personal story set against the backdrop of a devastating maritime disaster. Written originally for five men, playwright Bryony Lavery has given permission for Theatre Lunatico’s production to be an all-female ensemble.
Fridays, Saturdays & Sundays at La Val’s Subterranean Theatre in Berkeley, CA, through April 8, 2018.
Featuring: Melissa Clason, Eileen Fisher, Jennifer Greene,
Isabelle Grimm, Shawn Oda, & Lauri Smith.
All photographs by Robin Jackson. 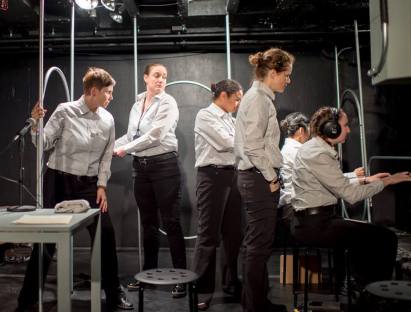 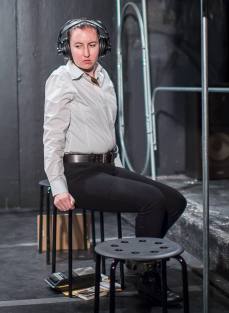 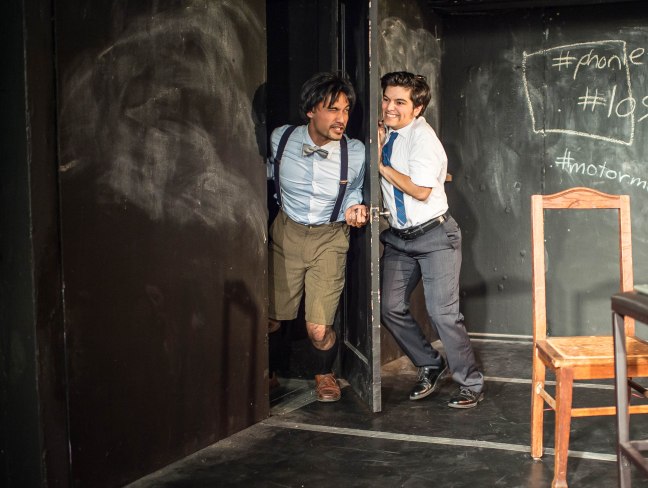 Director Tina Taylor’s modernized version of Richard Brinsley Sheridan’s 1777 classic “The School for Scandal” shifts its tone between explosive/ silly, hysterical/ grounded, and jarring/ intimate. Theatre Lunatico has recently moved into LaVal’s on Northside, Berkeley, and they are already at home. They manipulate the small space brilliantly, with a performance built for the place. The tightly packed theater adds to the “Scandal’s” rising tension—with gossip spreading quickly in the intimate space.